These twelve stories are recommended by the famous horror writer H.P.Lovecraft as being among the best ever written. Together, they represent one of the finest anthologies of supernatural tales ever published. 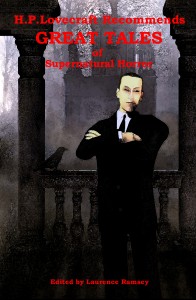 Also included are H.P.Lovecraft’s own story, THE HAUNTER OF THE DARK and his essay SUPERNATURAL HORROR IN LITERATURE showing the master at his best.