It is a fear as old as mankind – the fear that the dead will return from the grave as Ghosts to take vengeance upon the living. Sometimes they return as disembodied spirits to cause fear and madness; sometimes they return in bodily form and are able to inflict a more physical sort of damage. They can leave their imprint upon certain places – haunted places – where their personalities (or fragments of their personalities) can survive for centuries; malign presences behaving like psychic robots, powered by the dark emotions generated at the time of their deaths. 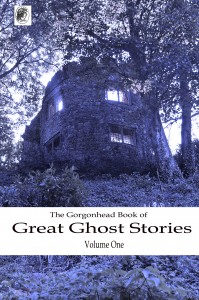 It can be that their motives are other than revenge – perhaps they are tied to our world in order to gratify human passions such as lust or (more rarely) because of a desire to be helpful. Sometimes, the Ghosts just mindlessly re enact significant episodes in their lives, unconscious of those around them – like recordings of past events. Most often in fictional accounts, though, they seem to seek revenge and this revenge can either be taken on the guilty or on the innocent and unlucky. Their victims can escape with just a fright, or they may lose their own lives or the lives of those dear to them. Sometimes these apparitions are not those of the dead – perhaps they are projections of the living or harbingers of future events who have been mistaken for ghosts. Categorizing the denizens of the shadow world which occasionally impinges upon ours is never easy or exact.

The stories selected for inclusion in this volume cover a broad range of what are conventionally known as ghost stories and they are all written by recognized masters of the art. They show some of the variety that the rich tradition of supernatural literature in the English Language has given us.

Lost Hearts by M.R. James – does a seemingly harmless old scholar harbor a dark secret? Is his kindly interest in children more than it first appears? A classic ghost story told from the viewpoint of a young orphan boy.

Schalken the Painter by Joseph Sheridan Le Fanu – who is the repulsive but wealthy old man courting the beautiful young daughter of a Dutch artist? Will her Father consent to a bargain that he might live to regret? A masterpiece of suggestive horror.

The Signalman – who or what is the mysterious apparition with a hidden face seen outside a dark and forbidding railway tunnel? The renowned Charles Dickens gives us an ambiguous story in a setting that is both eerie and commonplace.

The Middle Toe of the Right Foot by Ambrose Bierce – under the pretext of fighting a duel, a thoroughly bad man is tricked into spending the night in the cellar of an abandoned house. Surely such a big strong man has nothing to fear…

The House with the Brick-Kiln by E.F. Benson – two men on a fishing holiday find that their rented home has a disturbing inhabitant. Can they find out the reason for the strange events which take place there?

The Judge’s House – a notoriously cruel Judge seems to haunt the house in which a student has retreated to study. Could the problem just be due to an infestation of rats? Well – the answer is both Yes and No. Bram Stoker (the author of Dracula) presents us with a robust tale of terror.

Eveline’s Visitant by Mary Braddon – the wife of a French nobleman is seduced by a strange visitor in this classic tale of supernatural revenge.

The Whistling Room by William Hope Hodgson – what sounds like a relatively innocuous haunting proves more of a problem for the veteran ghost hunter Carnacki as he investigates an accursed room in an ancient Irish castle.

The Screaming Skull by F. Marion Crawford – A retired sea captain is tormented by a gruesome relic. Could it be that the problem is all in his mind or are there darker forces at work?

I have included these stories in this collection because I have enjoyed them and I hope that you do too.